East Prussia, spring 1945.
Soviets are rolling towards the west and Germans seem to be defeated since they are strangely absent (read: hidden).

Soviet units arrive to the table as blinds. 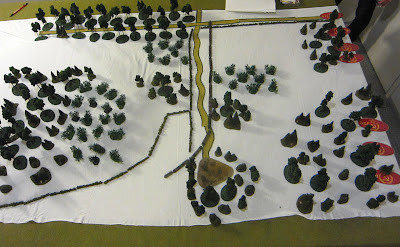 Side view of the table.

Some Soviets deploy and move further onward. But is that a German blind on the left? 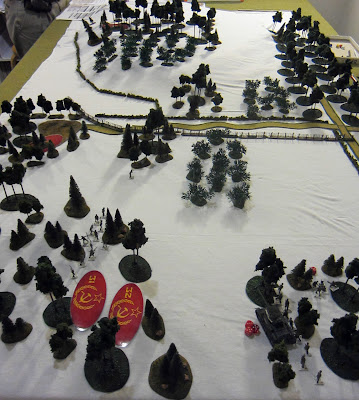 A T-34 and a Maxim are in position to give the scouts support fire if need be. 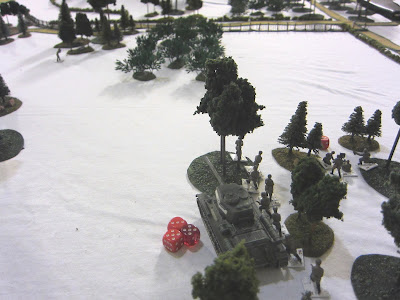 The German must've tucked his tail and retreated all the way to Berlin... 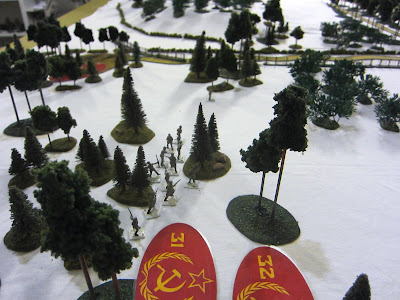