No games this year though, but instead a video evening at Mr V.
So we ended up boozing and eating all kinds of goodies -Chris did American style popcorn but kinda went overboard with the butter...

Started off with The Battle of the River Plate aka. Pursuit of the Graf Spee (UK 1956).


Eero had some bits to show from a contemporary US TV series set in Afghanistan. But for the life of me I can't recall the name of the series anymore...

We also watched assorted bits from They Fought for their Country/Motherland/Land (USSR 1975). I recall seeing this on the telly as a wee lad and it was nice to see the few familiar scenes again. (Click the link for the movie -they don't want it to be embedded) 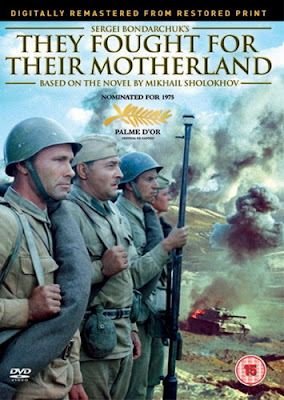 Since we didn't have time to watch another whole movie we checked the Poltava battle scenes from Sovereign's Servant (Russia 2007).


Mr V also showed bits of A Game for Vultures (UK 1979) which was kinda topical for us due to our recent games of Force on Force.


Finally we finished the evening off with some Black Adder Goes Forth as Chris hadn't seen any episodes of this brilliant series where Rowan Atkinson shows his true talent. Plenty of other great British actors like Stephen Fry and Hugh Laurie are in it as well.