I Ain't Been Shot Mum

We decided to give the previous scenario a go with different ruleset -I Ain't Been Shot Mum which could be considered a sibling to the previous set.

Soviet tank riders surge to German defences and trash the squad there -some Jerries are even captured. Other German squad further down the ditch is still a blind. 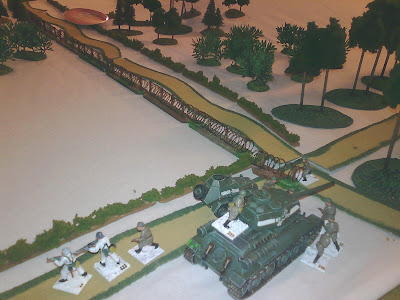 The gameflow was like from different planet and the results, while lacking some of TWaT's chrome, were none the less believeable. It would seem that, for us there is no competition between these two systems.