I Ain't Been Shot Mum -Stalingrad

No one else than Mr H and Janne showed up, so first we cleaned the clubroom for a while while waiting for possible other players to show up. AS no one did, we played a quick game of IAMBS set in Stalingrad with about a platoon of troops per side. The Jerries are almost at the river and just need to push a little bit further. the glorious defenders of the Motherland obviously are not going to allow this.

While all Germans are still blinds half of the Russians are already deployed. The German flanking maneuver was not done by an empty blind as Mr H originally thought. 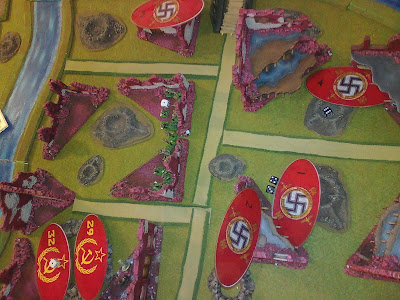 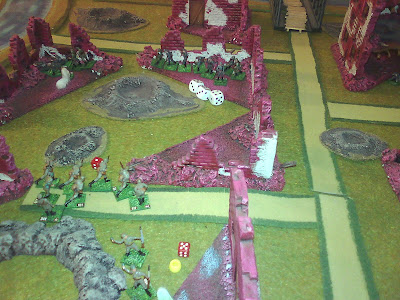 Plenty of ebb and flow during the game with the ruins providing good cover for the troops so finishing enemy off was an arduous and bloody task.