The big green area in the south is a depression which also contains some rather big pits (anti tank works or some such perhaps?)


The setup. The main force of the Jerries seem to be located in the depression but there are some in the big forest in the north as well. 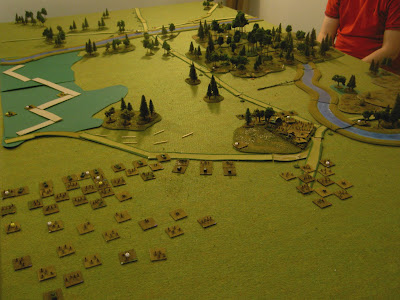 End of the first turn. Heavy Russian artillery decimated German infantry in the depression but the Russians failed to move. The more northern Russian formation started off pretty quickly and it's assault guns even reached the safety of the smoke. Jerries in the depression decided to do a tactic withdrawal. 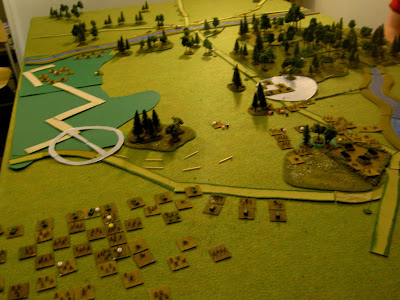 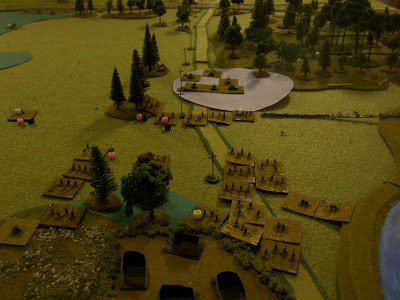 The Germans are retreating in orderly fashion. 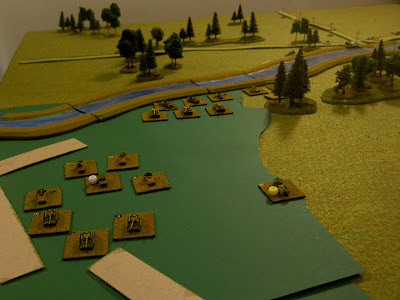 The southernmost Russian formation moves it's tanks between the two formations. Although not visible, a Russian flank march is about to arrive from the north of the big forest. 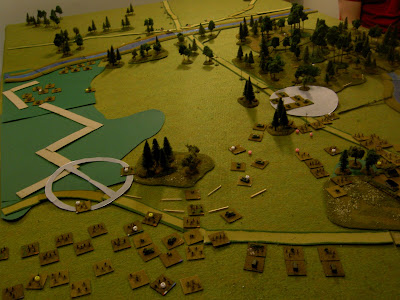 The Germans in the depression retreat a bit an knock off a couple of the Russian tank platoons. 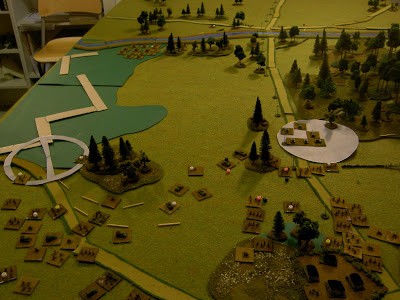 Their own smoke hampers the Russian ability to move and thus the northernmost formation stays put. 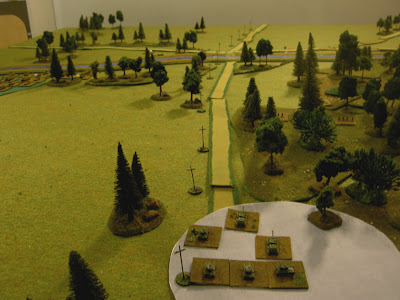 Turn three. Russian move their smoke a bit but the foremost battalion refuses to advance. The on behind doesn't and thus the two start to intermingle -we decided that it is probably wise to mark the units of the latter. The Russian flank march turned out to be a dummy, but the Jerries still decided to keep on legging it. 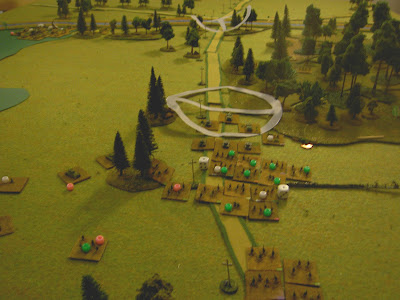 Russian FO gets the Germans in his sights and calls in a barrage that knocks off a couple of AA trucks and a half-track. 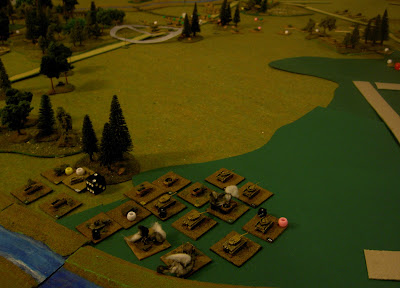 In the current game we decided to tweak with the visibility rules a bit and when the German players were reminded of this they showed off their frustration by turning their retreat into a counter attack, which at least started off well enough since the remainder of the Russian tanks were ablaze in no time! 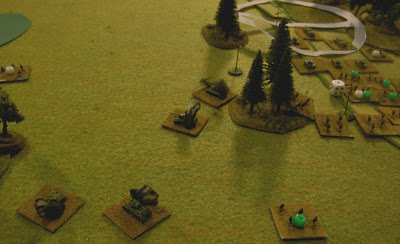 Beware the fury of the enraged Tigers. Grrr! 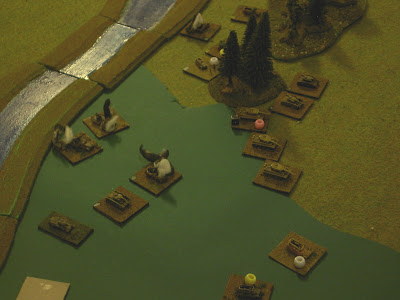