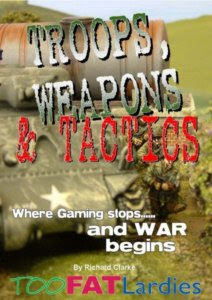 Mr H had bought Troops, Weapons & Tactics from Too Fat Lardies and wanted to give it a try. Expectations were high as the system was kinda big brother of I Ain't Been Shot Mum which we have enjoyed in the past.

Mr V decided that the proper way of learning the ropes was to game a shooting range session. So the table had two similar ranges side by side, one located in Russia and one in Germany. Both contained shooting positions and various targets. The object was, unsurprisingly, to shoot the targets.

The Soviet troops are still blinds but the Germans in the more distant shooting range are already deployed. 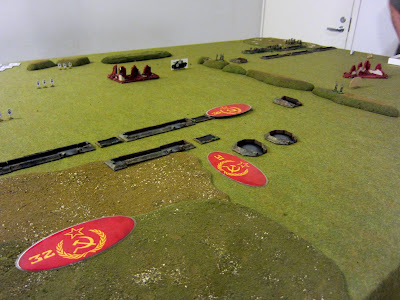