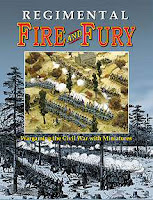 May 27th 1862
As the Union Army of the Potomac made its way slowly towards Richmond in the summer of 1862, General McClellan received reports that a large Confederate force had maneuvered to threaten his right flank near Hanover Court House. He dispatched the entire IV Corps to counter what turned out to be a single reinforced brigade, however during the confused maneuvering the Confederates were offered a brief opportunity to smash a small Union rear guard. This scenario recreates that action, as the Confederates race against time to defeat the rear guard before the bulk of the Union IV Corps arrives on the field.

Although outnumbering the Union troops by more than two to one, the Confederates have only 8 turns to defeat the rear guard before the IV Corps arrives on the field and they have no choice but retreat.

Instead of sending just two battalions against the Union as happened in reality the Confederate players were allowed to use the whole force in their disposal which meant that the outcome should be pretty certain.

Overview of the battlefield before the game started. 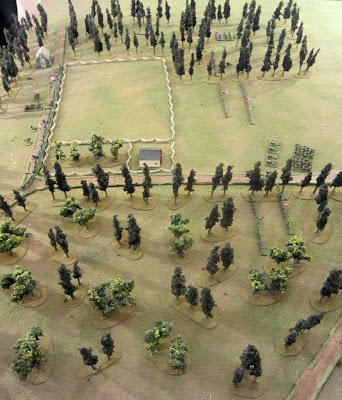 View from another direction. 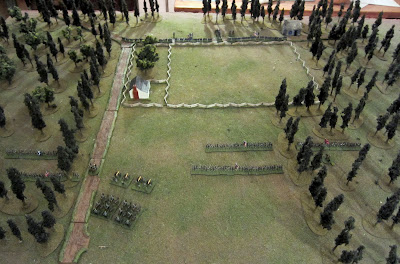 After the initial move we have immediate firefight. 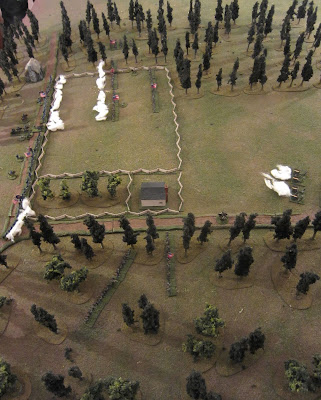 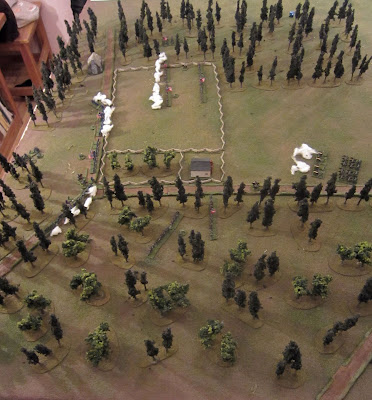 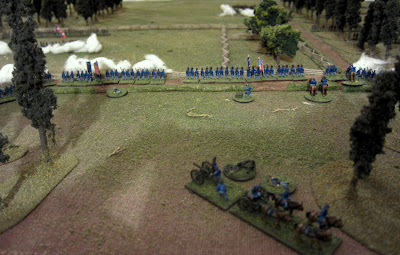 Confederate left flank moves too close and gets drawn into the firefight. On the right flank the flanking maneuver is not successful. 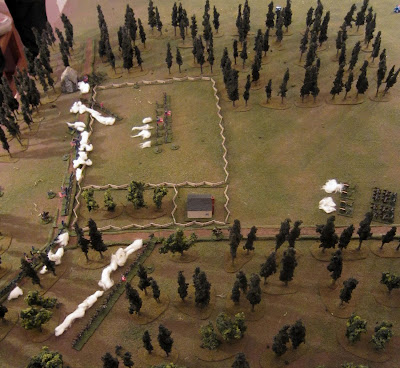 Plenty of shooting on the field. 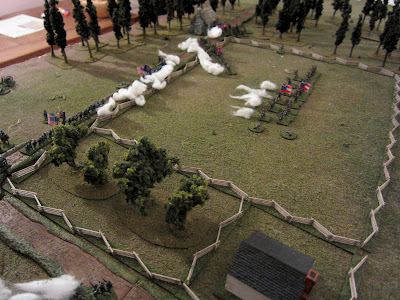 While one Union battalion acts as rear guard the remainder keep on slowly sidestepping away from the field. 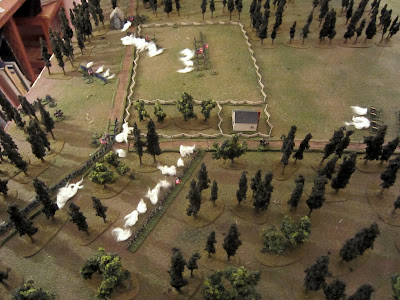 There seems to be no stopping Johnny the Reb! 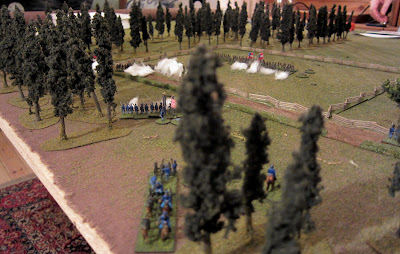 The Union rear guard is having its left flank threatened. 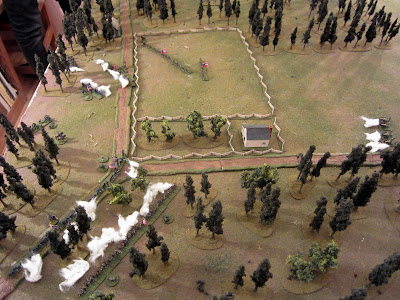 A Confederates kinda just were drawn into this firfight. Their left flank is continuously threatened by the possible arrival of Union reinforcements. 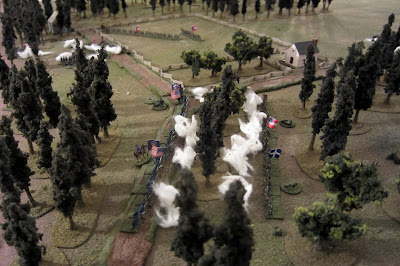 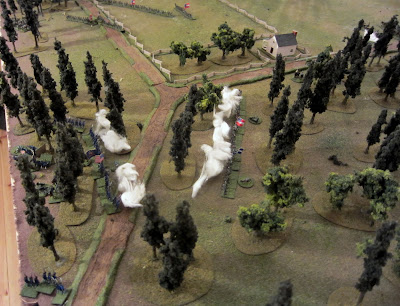 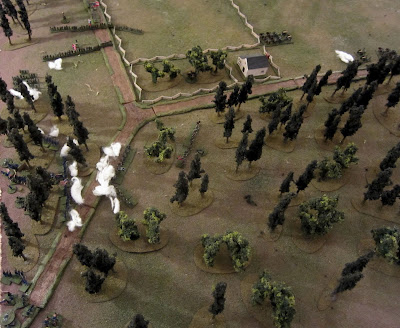 Union boys decide to sell their hides with a high cost. 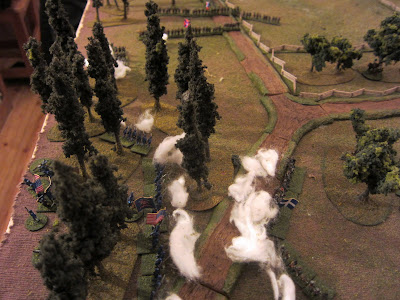 Reorganizing the confederate attack took a while. 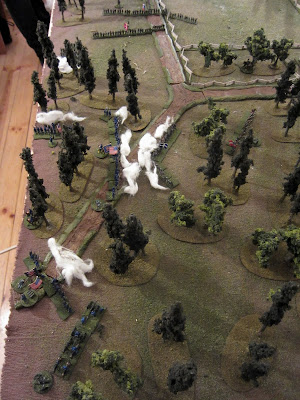 Union gets "greater casualties" marker -never a good thing. Kinda like the beginning of the end if you will... 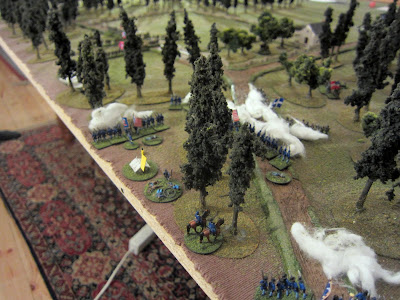 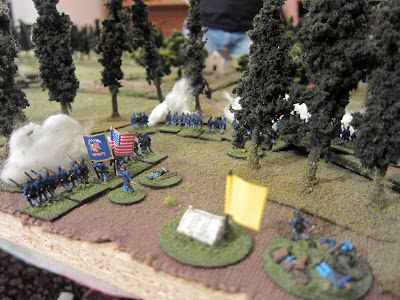 Confederate flanking unit finally gets into contact in column and wrecks havoc in Union troops. The other Confederate flank prepares for possible arrival of Union reinforcements. 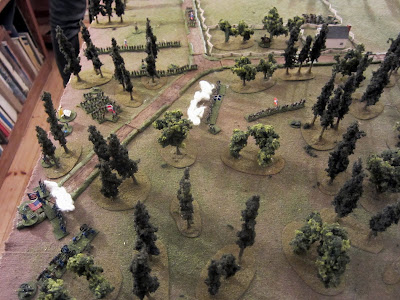 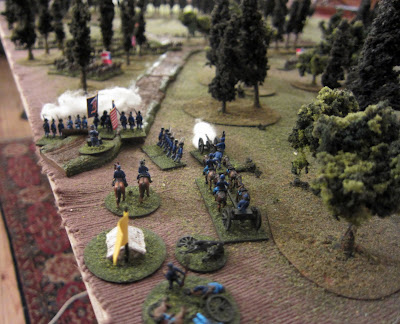 Quite different result than historically, but with the unhistorical outnumbering there was little else than could happen.
Also, the Union was extremely lucky with their reinforcement rolls -these never arrived! 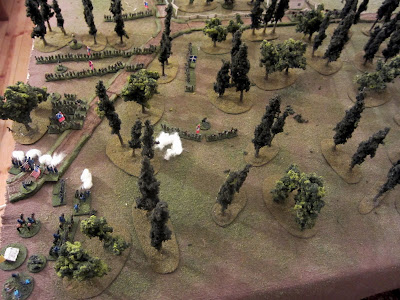 Some mighty fine southern Belles for the unusual occasion of Confederate victory. 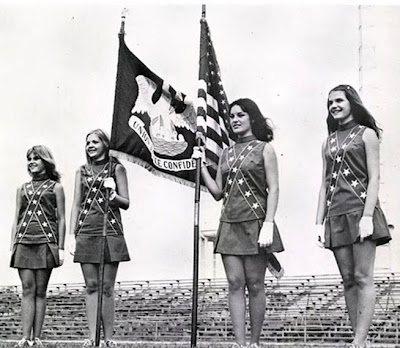